Mahjong Solitaire is a single-player matching game played with a set of Mahjong tiles. However, the rules are quite different from the original game, which originated in China at the turn of the 19th century.

Mahjong Solitaire was created in 1981 by Brodie Lockard. It was designed as a computer game and had much simpler rules than the original. Lockard found inspiration for it in an ancient Chinese game named The Turtle. In 1986, Activision released the follow up called Shanghai, which is when the game rose in popularity.

This 3D puzzle usually has a layout similar to a pyramid. Mahjong Solitaire is played with 144 tiles, which amounts to 72 pairs. These tiles are broken down in suits. The deck consists of 3 currency-based suits and 4 honor tiles.

Currency suits consist of a circle, character, and bamboo suit. They are ranked from 1 to 9, and there are 4 identical tile sets in each suit. This amounts to 36 tiles per suit.

How to Play Mahjong Solitaire

The main object of the game is to pair all of the 144 tiles. You are only able to match tiles if at least 1 side (left or right) is exposed, and there are no tiles placed above. Below, all of the available moves are marked in red.

Simply click on the matching tile pairs to remove them. Pair is defined as tiles that are of the same type and rank (1 to 9). The only exceptions are Flower and Season tiles, which only need to be of the same type. 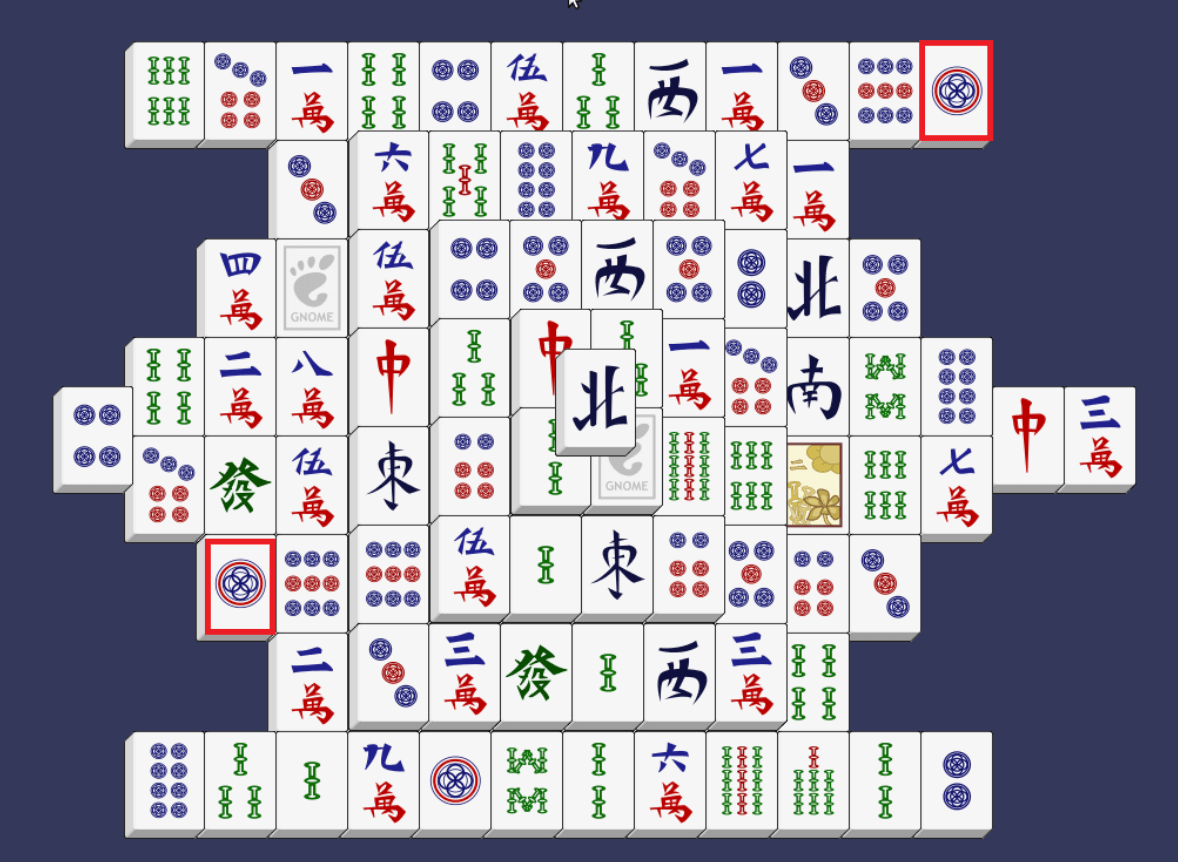 When you can’t find any more moves, you can use the reshuffle button. It can be used 5 times per game, so use it wisely.

While Mahjong Solitaire seems deceptively simple, it can be very hard to master. You can use these strategies to make sure that you don’t eliminate all of the pairs before the game is over.

You will notice that certain tiles are stacked upon each other. These places are called locks. You will want to focus on solving them as they will unlock a big chunk of tiles, giving you more options. 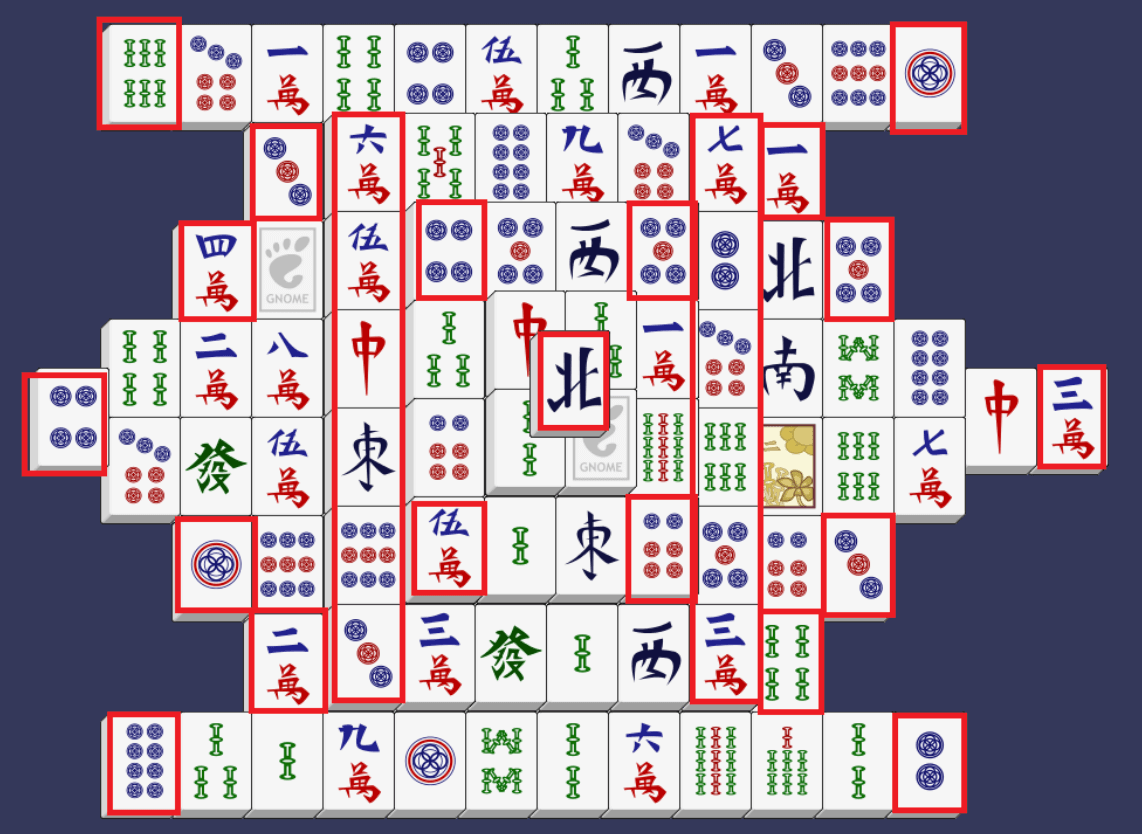 One of the most common mistakes is immediately going for the obvious pairs. What you should do instead is think about what you will unlock by doing this, planning 2-3 steps ahead. Refrain from pairing the tiles that don’t present you with new combinations.